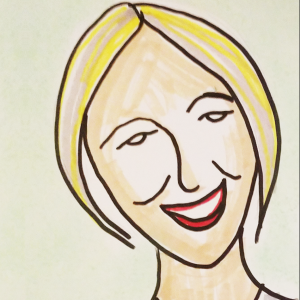 How to Tend Your Team’s Fire and Not Get Burned

I’m part of a leadership body for a volunteer organization which has been in a turmoil over a variety of issues, some big, some small. I’ve witnessed the typical human tendencies when conflict erupts:

It’s been a rich learning for me, both in seeing how conflict moves through a body of people who have so much in common and in determining how to best show leadership when a group is fracturing over issues that are complex and divisive.

The image that has emerged for me is “fire tender”. Leaders are always responsible for generating energy (or heat) as they engage the hearts and efforts of others in moving toward a common, shared and worthwhile goal.

In thinking about that energy and momentum as “heat” generated by a “fire”, I recalled that fire takes three elements: Fuel, Oxygen and a source of Heat.

As a leader, your Fuel includes the resources within your reach. It can be your own energy or the energy of others. Seed money is fuel as is the common vision of the purpose of the group you are leading.

The second element needed is Oxygen. This is the environment you create and your ability to allow others to “air” their thoughts. Some leaders are too stifling and don’t allow enough air into the situation. These restrictive leaders dampen (or totally extinguish) the energy others bring. On the other extreme are the leaders that either fan the fire or allow others to do so without restraint, creating increasingly uncontrollable situation in which the fire burns out of control.

The third element needed is a source of Heat. Your leadership and direction can spark energy and the fire. And in times of conflict, the friction between various points of view creates the heat that starts the fire.

As a leader, you want the energy of the fire, the passion that moves people toward a goal, and the friction between what is and what could be. Yet the energy you are firing up does require tending. For too hot a fire and your people and organization burn out of control. Burn too fast and resources are consumed too quickly. And when the fire is too hot, people either get burned or burn out.

On the other hand, too little fire and teams burn too cool. Leaders that are too cool are overly controlled and fearful to tap into the heat. They smother or drown the fire, apprehensive about unleashing the energy, emotion and fervor it brings. Groups with a too cool leader are lethargic and uninspired. People here don’t burn out, they check out.

Harnessing the Power of Fire

As a leader, the key is to manage the energy so that your organizational fires burns neither too hot nor too cool. The image is a controlled fire. One with light and heat, but with mechanisms in place to control the burn. That requires you to create sparks – to ignite the possibility before you. You need to provide enough fuel to feed the fire, and your fuel can be people or vision or higher purpose or clear direction. As a leader tending a controlled fire, you’ll need to enable air to circulate, to create openness and a free flow of the right amount of air (or input from others) to start the fire and keep it burning. And you also need to create some fire walls, norms that contain the energy so that it is helpful and not hurtful.

Equally as a leader fire tender, you instinctively know when you need to step in to cool things down because the fire is burning too hot. At those times you might need to slow things down a bit, stop adding more fuel, manage the energy of the group to get things to a more manageable level.

The converse is knowing when you need to stoke the fire. When things are running too cool, you might need to create a spark, to add more fuel or to blow gently so as to find those embers that can reignite with just a bit of attention from you.

I’ve seen leaders panic when their team catches fire. They step in and immediately pour cold water on what has emerged, drowning it rather than tending it carefully. At times this is because it was “not their idea”. Other times it is because the light and energy threatens the status quo. And at other times they are afraid of brilliance of the light they might create.

Man’s early discovery of how to control fire was one of the biggest breakthroughs in the advancement of human civilization. As noted in Wikipedia:

The control of fire by early humans was a turning point in the cultural aspect of human evolution. Fire provided a source of warmth, protection, improvement on hunting and a method for cooking food. These cultural advancements allowed for human geographic dispersal, cultural innovations, and changes to diet and behavior. Additionally, creating fire allowed the expansion of human activity to proceed into the dark and colder hours of the evening.

So too, can your ability as a leader to tend to and control the fire in your organization can be a turning point. Harnessing the power of that fire, rather than being afraid of it, can provide energy, engagement and innovation. Being willing to stoke the fire and create a spark can enliven and refocus your team. Managing the fire so that its warmth, light and energy are helpful and not raging out of control is important. Perhaps your most important role as a leader! Make Meetings Work for You Take Control of Your Calendar Stem the Flow of Emails

Do NOT follow this link or you will be banned from the site!